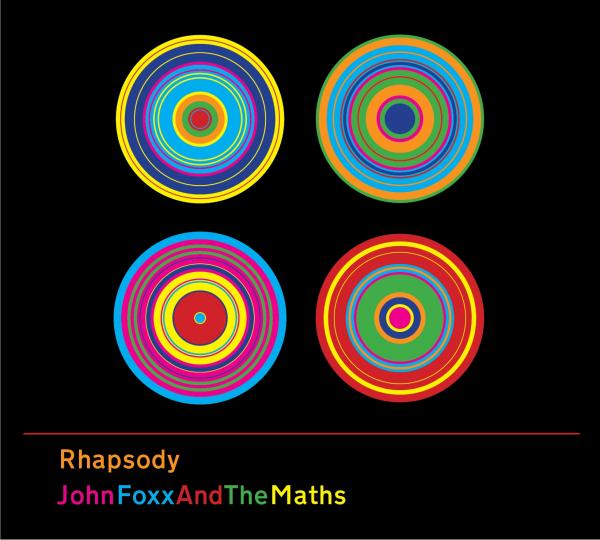 John Foxx And The Maths' Rhapsody is made up of 10 tracks recorded live at London's MemeTune Studios in late 2011, shortly after the UK Interplay tour. The Maths line-up on this session is as follows: John Foxx (Vocals, keyboards); Benge (Percussion, keyboards); Hannah Peel (Violin, keyboards); Serafina Steer (Bass, keyboards). It's fantastic to hear a live band playing with electronics, plus the addition of bass guitar and layers of violin also creates fresh angles and edges on many of the songs. Foxx's voice is often stripped of effects, adding an emotional shiver to songs such as 'Interplay", 'Hiroshima Mon Amour' and 'Just For A Moment'. Meanwhile the opening track is an instrumental version of 'The Good Shadow', which features - as do nearly all of the tracks - Hannah Peel on violin. Artwork is by Jonathan Barnbrook.