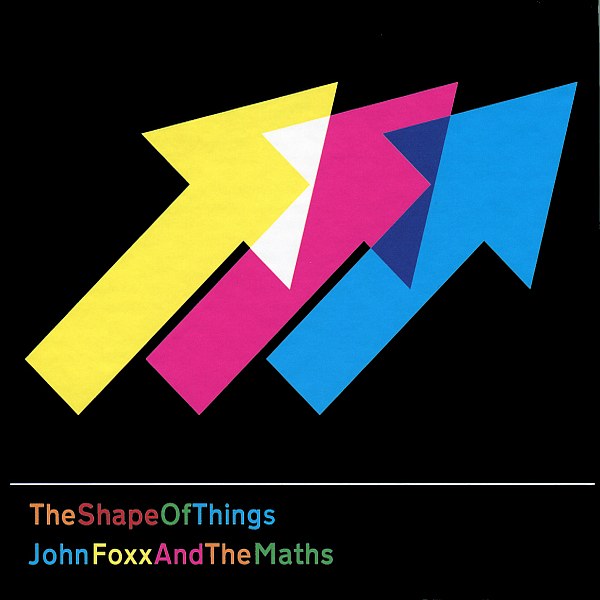 The Shape Of Things Vinyl

META29LP Limited Gatefold Vinyl Edition. The Shape Of Things is a collaboration between Foxx and electronic composer and synthesizer collector, Benge (Ben Edwards). The latter is best known for his 2008 album Twenty Systems, which was described by Brian Eno as a ‘brilliant contribution to the archeology of electronic music.’ The follow-up to their critically acclaimed Interplay album (2011), was recorded and mixed at Benge's studio in London. LikeInterplay, it's the sound of analogue synthesizers and drum machines - and on one track feedbacking guitars played by Foxx himself. There's a raw, experimental edge to much of the material on the new album, which is linked together by a series of instrumentals. Although not overtly autobiographical, the tone of the songs is a lot more reflective and emotional than their previous work. Many of the lyrics explore feelings of loss over opportunities and lovers missed - possible futures that remain unlived. The electronic music created out of machines built 30 or 40 years ago creates an atmospheric, rough-edged accompaniment for this set of feelings and atmospheres. It's both analogue and forward-looking; echoes from the past but also still futuristic - a strange push and pull that mirrors the words perfectly. For the new shows Foxx and Benge will be joined on stage by two performers who are also solo musicians in their own right - Serafina Steer (Keyboards, Bass) and Hannah Peel (Keyboards, Violin). John Foxx formed Ultravox in the 70s and has worked with a wide range of artists including Brian Eno, Xeno & Oaklander, The Soft Moon, Krautrock producer Conny Plank, Paul Daley from Leftfield, Cocteau Twins guitarist, Robin Guthrie and I, Robot director Alex Proyas. Paul Daley (Leftfield). Tracklisting: 1/Spirus 2/Rear-View Mirror 3/Talk 4/Psytron 5/September Town 6/Unrecognised 7/Modreno 8/Falling Away 9/Invisible Ray 10/Vapour Trails 11/Buddwing 12/Tides 13/Astoria 14/The Shadow Of His Former Self 'From exultant motorik to giddy Depeche Mode-like synth pop to the macabre 'Talk', The Shape of Things is consistently absorbing, as good as any of Foxx's early-80s benchmarks.' 4/5 Mojo 'The Shape Of Things is an absolute triumph.' FACT Magazine 'He has never seemed so relevant, nor sounded so modern, as he does in 2012. The Shape Of Things is, by some margin, Foxx's best album since Metamatic. ' BBC online 'This is a record of utopias and dystopias, perfect synth pop. It's also an entirely human record though: the common theme that emerges is one of corrupted memories: failed relationships are visualised as futures that never came, while even the most robotic of tunes feature traces of blue skies and ocean.' 5/5 Artrocker (ALBUM OF THE MONTH) 'In The Shape Of Things Foxx, ably assisted by his new lieutenants and always with one eye on dreams of an imagined future, continues to make his most startlingly contemporary sounding music in years.' The Quietus 'Foxx has not only rescued himself from being a footnote of 80s night nostalgia but has re-established himself as a synth pop artist of note and proto hauntologist. More introspective but no less gripping than last year’s great Interplay.' 8/10 Vice Magazine 'A retro-futurist show of bubbling electronics and dolorous laments.' 7/10 Uncut