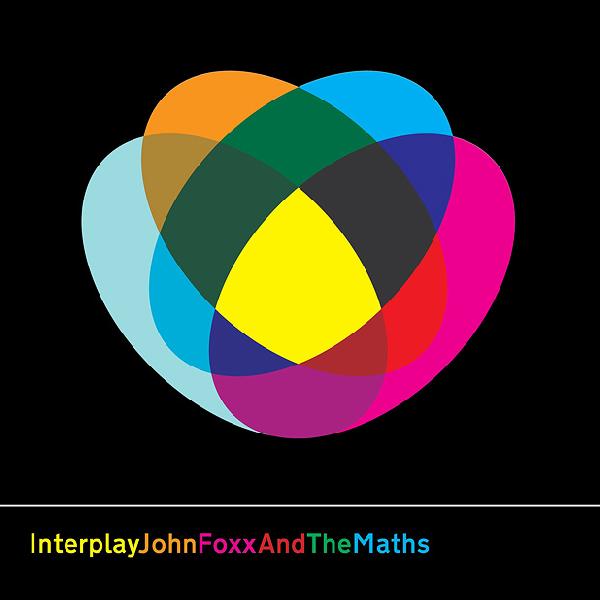 Limited Gatefold Vinyl Edition. ‘One Of The Finest Electronic Records You’ll Hear In 2011’ The Quietus. The debut album by John Foxx And The Maths. Interplay is a collaboration between John Foxx and electronic composer and synthesizer collector, Benge (Ben Edwards). He's best known for his 2008 album, Twenty Systems which was described by Brian Eno as 'a brilliant contribution to the archaeology of electronic music.' Moody and atmospheric, but also full of songs that are actually more ‘’pop’’ than avant garde, Interplay pulls various strands of electronic music together – from early ‘80s electro to 70s Krautrock, even flashes of Cabaret Voltaire and Foxx’s first band, Ultravox! One track, ‘Watching A Building On Fire’ features Mira Aroyo from Ladytron, who also came up with the original synth riff. Although Interplay sounds nothing like the ambient experiments of Twenty Systems, both albums are based around the waves, frequencies and vibrations of analogue synthesizers. Many of the songs on the new Maths album started with an electronic rhythm from a 1960s Moog system built into Benge's studio, with the pair then coming up with ideas live in the studio. As Benge says, 'the idea of Interplay is in the lyric from the title-track. 'We calculated everything, but not the interplay'. In the studio we left a lot of things to chance and let the various combinations of sounds and colours and connections trigger our imaginations.' Foxx and Benge will be performing tracks from the album, plus a selection of early Ultravox material (with Robin Simon on guitar) and material from Foxx's dark electro classic Metamatic at the Troxy, London on 2nd April, alongside live sets by Gary Numan and Motor. This follows their triumphant analogue performance last summer at the Roundhouse as the headliner of the 2010 Short Circuit festival. Meanwhile in recent years John Foxx has also collaborated with I, Robot film director Alex Proyas, writer Iain Sinclair and Robin Guthrie (ex-Cocteau Twins). He's currently working on new material with Paul Daley (Leftfield). Tracklisting 1/Shatterproof 2/Catwalk 3/Evergreen 4/Watching A Building On Fire 5/Interplay 6/Summerland 7/The Running Man 8/A Falling Star 9/Destination 10/The Good Shadow ''Foxx's music still sounds futuristic, accompanied by flickering footage and images of design that never dates: imagined cityscapes, endless motorways. As these time machines whirr to silence, it's clear that Mr Foxx is still fantastic.'' NME review of John Foxx, the Roundhouse, June 2010. 'One of the finest electronic records you'll hear in 2011.' The Quietus 'Meeting of synth-fetishists is a triumph. The albums echoes four decades of avant pop.' **** Mojo 'Foxx has released an album which equals the high-point of his rich back-catalogue.' BBC 'One of the most enlightened synth records in years.' **** The Stool Pigeon 'Forceful, stripped-down music that sounds as new as its old, and as imaginative as it is familiar.' Uncut 'Enigmatic but song-based, evoking early incarnations of Cabaret Voltaire, The Human League and Roxy Music.' Q Magazine 'Interplay is a consistently strong piece of work.' **** Music OMH 'Synthesizer archivist Benge (aka The Maths) turns out to be a superb foil for Foxx. The Wire 'Fresh and powerful. Tracks move from glistening-crisp and growling-fierce to tender, the latter mood captured by the melancholic beauty of 'A Falling Star' and 'The Good Shadow'.' ****Clash Magazine